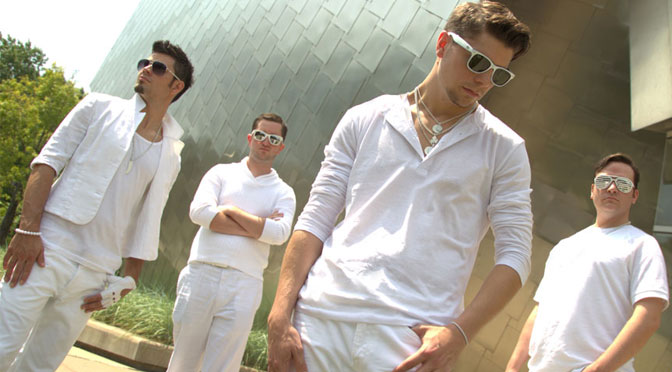 This is where our story begins. Awful haircuts, pimples, and ridiculously good looks. Andy (A), Evan (E), and I were best friends in middle school. We went everywhere together. We sang together. We grew up together. All three of us were surrounded by music. My brother was in the old 80s hair band, Warrant,  Andy was a concert violinist, and Evan was a full-time consumer of vocal music.

Andy and I met in the 4th grade, where our teacher let us share a comic we had been writing called ‘The Nerd Prize’ for show-and-tell. It was really just a vehicle for us to tell fart jokes…

Evan sat next to me in Ms. Krivak’s 6th grade class. Eventually, the three of us found ourselves in Evan’s basement making parody skit tapes recorded on E’s karaoke machine. Over the years, we three fell in love with boy bands of the 90s and had a unique flair for three part harmony. By the seventh grade, we performed BoyzIIMen’s rendition of ‘In the Still of the Night’ for our middle school talent show, wearing matching white dress shirts, adding our friend Jason as the 4th member. In the 8th grade, we performed ‘My Girl’ with our friend, Matt, as our 4th. 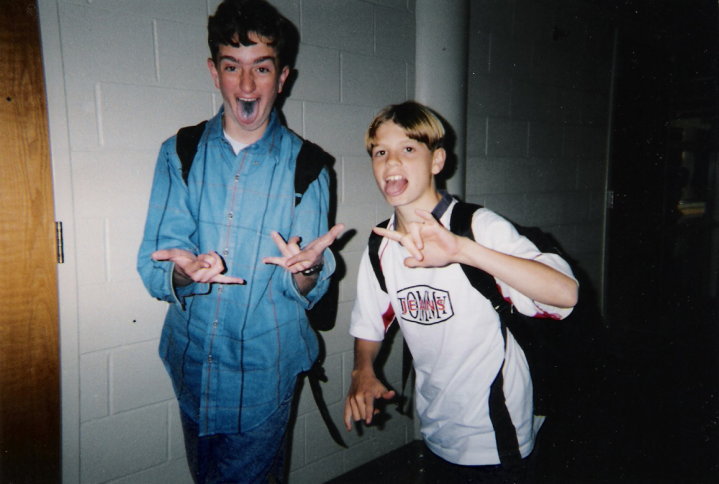 Then, freshman year hit. E’s family moved him to Florence, KY, and A’s family moved him to Dallas, leaving me to love Justin Timberlake on my own. As we would have our periodic talks on the phone, we would joke about continuing the singing group. By the end of the year, E said that he had made friends with two fellas in Kentucky, named Joe and Mike. Together, we could put together a true 5 piece! Using our first initials, we spelled out J.E.W.A.M. We thought it sounded hilarious and left it alone. Through the years of high school and college, we joked about making a real JEWAM record, but eventually, we all went our separate ways, and Joe and Mike never really had a chance to join the group. 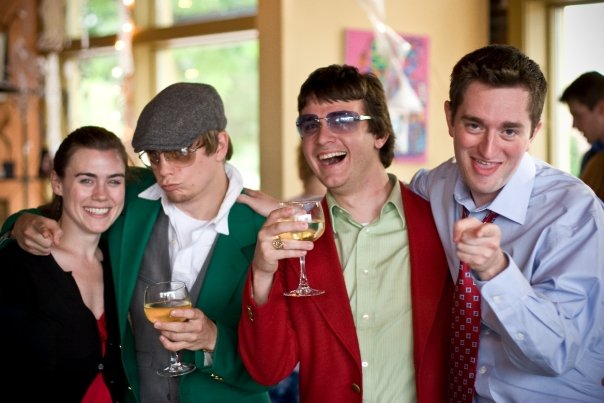 On June 7, 2008, Evan got hitched to his college sweetheart. As a joke, I decided to to get together with my rockstar brother and produce a song we had started writing when we were 15-years-old, called ‘JEWAM Your Face In’. It was our take on ‘Backstreet’s Back’ or ‘Spice Up Your Life’. I thought I could get the three of us to perform it as a way to embarrass E at his wedding. But, with duffel bags full of white clothes sitting under the table of honor, Evan called an audible, and nixed the performance. There was a silver lining, though. At the wedding, Andy met the childhood best friend of Evan’s wife and they fell in love! How crazy is that?!

A year later, Andy and Amy announced that they were planning on getting married. Andy promised that we would absolutely be performing, so we’d better get our act together. Over the summer of 2009, Evan came to Ohio and Andy and I virtually connected to rehearse and track the songs for us to perform at the wedding.

When the time came for the wedding, we were just excited to be performing. It was like being 14 all over again with my best friends. The four songs we had put together kept getting passed around by our friends and family, eventually becoming our EP, titled ‘Hit Machine’. 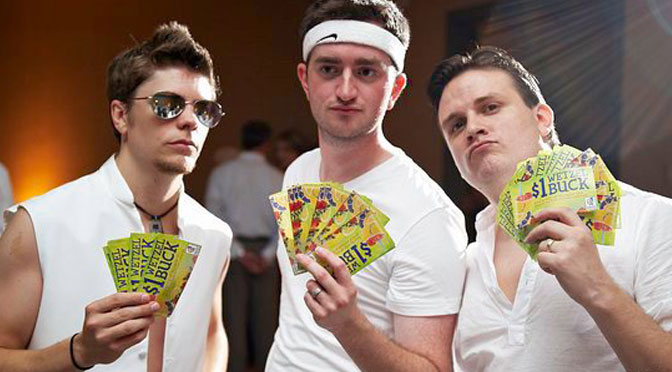 In 2013, while hanging out with my brother, Matt, we sparked a conversation about making a full JEWAM record. Somehow, the timing felt right. The guys and I had been writing and sending funny ideas to each other for almost 15 years by this point. Why not? So, that’s where I leave you. Evan has a baby, two out of three are married, and we all gained weight. We have gone from boy band to man band. Are you ready to join us on our JEJourney?